Happy Friday to you all! I am SO hyper when it comes to this day! A day where you can just sit back, relax and shrug off all the tension from your shoulders. What do you guys do on Fridays? Comment down below! If you want, I’ll do a ‘Friday Night Routine’ post for y’all 😘. Enjoy this one because the next one is Friday the 13th! Speaking of, today I’ll be doing a post on my top ten favourite movies of all time! They won’t be in any specific order, because I honestly can’t pick. Anyhoo, let’s go! *Swings arms like Wengie but fails and hits self in the face instead.*

Ah, Twilight. What a classic! Either you love it, or you don’t. The Twilight series are absolutely gorgeous! The graphics, the story line, the characters, the scenery… Thank you Stephenie Meyer for creating such a beautiful world of slightly creepy I-like-watching-you-sleep vampires and jealous werewolves. Seriously. 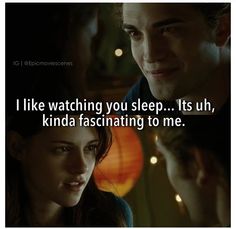 2.) The Avengers and Basically All Marvel Movies in the History of Marvel

Duh! No explanation needed here, I’m sure. And, if you for whatever reason haven’t watched any Marvel movies, especially The Avengers, then firstly, crawl out from underneath the rock you live under, go bang your head on a wall and proceed to watch every single movie in the MCU, read every single comic you can find and spend hours laughing over memes. (By the way, have you guys heard of Article 13? Geez!) Anyway, I think this movie is GREAT for people who like action-packed films with a little added comedy and overall awesomeness, just because. And hello? Has anyone even SEEN Robert Downey Jr?!

I mean, this film has been so relieving for high school kids to watch, to know that they’re not the only ones being controlled by makeup zombies who everyone, for some reason, seems to love. This movie is just so accurate! It’s a great chick flick to watch when you’re hanging with your friends or having a sleepover. Get out the popcorn, guys! We’re going to watch three idiots brainwash the entire school! *Squeals*

Okay, flashback with me! Who remembers watching this for the first time and absolutely loving the idea of travelling back in time in a flying car with a mad guy? I actually rather liked Doc Brown – he was the perfect mad scientist type! The first time I watched it was with my older cousin, and we made home-made nachos (Doritos, sprinkle on cheese, paprika, microwave for a minute, add jalapenos) and it was, like, 12PM. We loved the first one so much that we watched the second and third one in the same night! We ended up staying up until 6AM and blasting out music out of my cousin’s phone, high on nachos and Coke. Fun times.

Don’t hate me! My friends and I get into debates on how they think that the Jurassic Park series were classics, and that Jurassic World is just a cheap version and could never match it, but STILL! I stand by my case. Firstly, Chris Pratt! Secondly, Jurassic Park was kind of old, so they couldn’t access the tech we have now. But Jurassic World, wow! The graphics, the dinosaurs, the sound! Seriously, when I watched it in the cinema, I was STUCK to my seat whenever the Indominus roared. Like, when it roared, my seat shook and goosebumps ran up my arms at least twice! It just works!

*Swoons* First of all, can we please just take a second to appreciate Leonardo Di Caprio? 🙌 This movie just made me… cry. No, sob, even! It’s such an iconic that I was a hot mess when watching this, buried in a pile of tissues and my own pity party. After watching it for the first time, I just mooched around the house and would burst into sudden tears at any moment. No other movie can be as sad, as romantic as this one. We watched it during two English lessons once, and we were all just whimpering pathetically, even though most of us have watched it way too many times.

7.) Pirates of the Caribbean

Puh-lease. I have no words! These movies just kept me buzzing even a few weeks after I watched them. They just have this energy that consumes you, and when Johnny Depp makes a joke… Hell yes! Fun Fact: My old Music teacher was obsessed with Depp. Literally. There were pictures of him all over the room and a mini stuffed-toy version of Jack Sparrow. She SWOONS at his name. I can understand her, though, because I think his best acting is definitely POTC, just because of how good he is in character! Sparrow just suits him as a person, y’know? Pirates, curses, comedy, what more could you want? (His face in this GIF though!!) ⬇

How can you not love this? The world’s cutest robot, FRED and an awesome superhero team that can face the world together. #SQUADGOALS! I have watched this movie more than 10 times and I am still not tired of it! The cuteness, the script, the part where we all cried because Tadashi died… Or was that just me? Don’t tell me that was just me. Still, this awesome movie will forever remain in my heart. And my list of downloaded movies to watch offline. Obviously.

Don’t even try to pretend that this movie is ‘too childish’ for you. This movie is just so amazing! It’s like a live-action version of Ever After High, just with better people and better… everything. Disney Channel knew they outdid themselves when millions of fans began creating their own fan-art, fan-fiction, cosplay, etcetera etcetera. To be totally honest with you, I love all DCOMS because Disney Channel was everything for me back when I was little. If you’ve never watched any programs on it before, you’ve missed out on a whole chunk of your childhood. A BIG chunk! I mean, Hannah Montana, Suite Life of Zack and Cody, That’s So Raven… You’ve GOT to have watched all of these! Descendants is similar, a blur of wicked costumes, awesome actors and hilarious script. If you haven’t already, WATCH IT!

Okay. Okay, I know I said this list was in no specific order, but this has GOT to be my FAVOURITE! I can’t get over it!! Mortal Instruments is a best-selling book series that was written by the PHENOMENAL Cassandra Clare, and was made into a movie and a Netflix series called ‘Shadowhunters.’ This movie is AMAZING! WATCH IT, WATCH IT NOW. I thought it’d be too dark for me at first, but it isn’t! It’s the perfect balance! With demons, angels, vampires, demon hunters, and of course, Clary and Jace. Lily Collins and Jamie Campbell Bower star in this film and it just… made me cry even more than Titanic, probably. It’ll make you laugh, cry, sit there shocked and get angry all at the same time. Not many of you will know this movie, but WOW, I love it! Can you believe I only found out about this series a few weeks ago? Now I’m obsessed. There’s a song in here called ‘Heart by Heart’ by Demi Lovato that you may not know, too, but listen to it! I’ve been singing it for days now, and it’s the only song that’s been stuck in my head for so long. PLEASE watch it or read it so I can fangirl with someone. It’s so uplifting!

And, well, that’s it! I hope you enjoyed this post! Comment which one out of these you like the most, and be sure to let me know what you think about that ‘Friday Night Routine’ post! Adios, amigos!

Have an amazing day, and Stay UniquelyYou! ♥